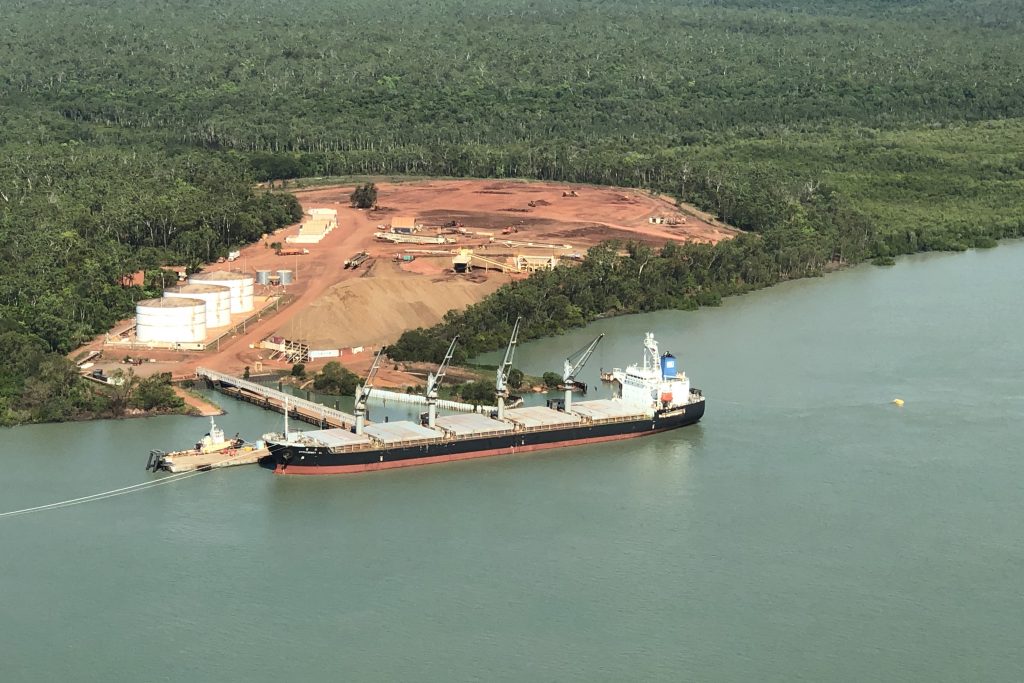 Bulk carrier MV Efficiency OL in the final stages of loading 24,000 tonnes of Tiwi pine logs at Port Melville for export to the world. 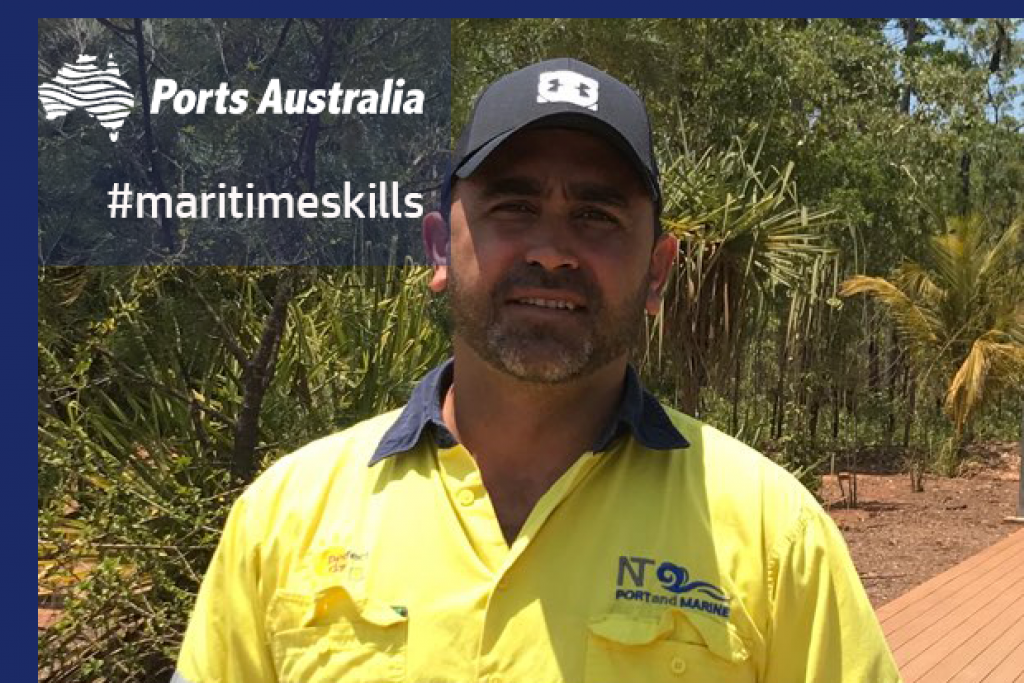 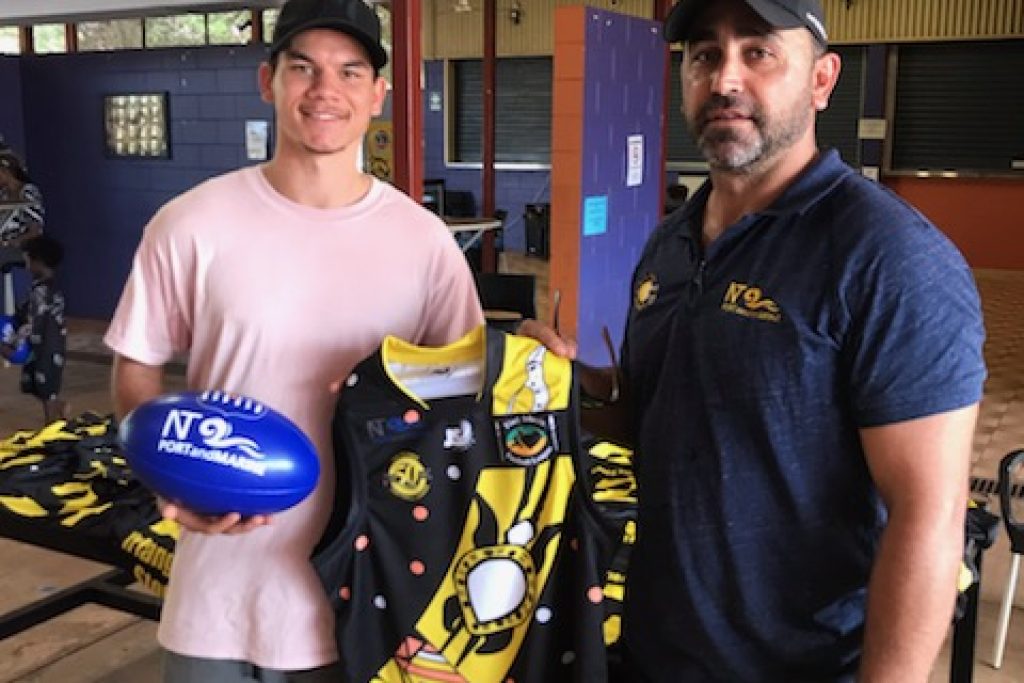 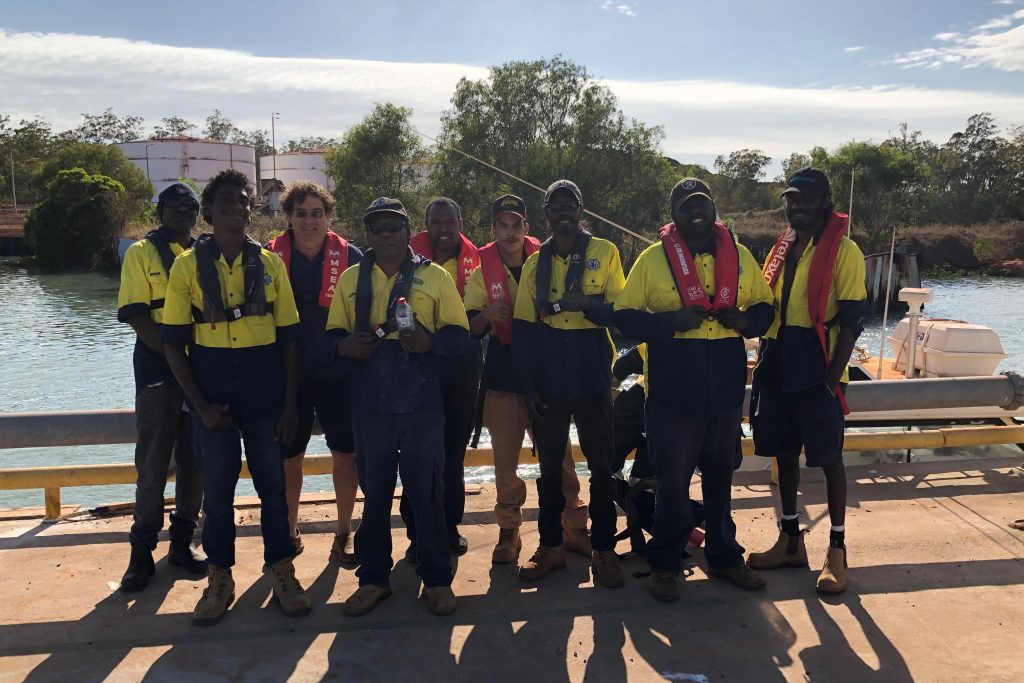 In July and August, NT Port and Marine were pleased to host at our Port Melville facility, a Coxswain Level 2 training course. The course was conducted by the Australian Maritime & Fisheries Academy and the Tiwi Islands Training and Education Board. Pictured are the course participants on the Port’s wharf preparing for a days training on the water. 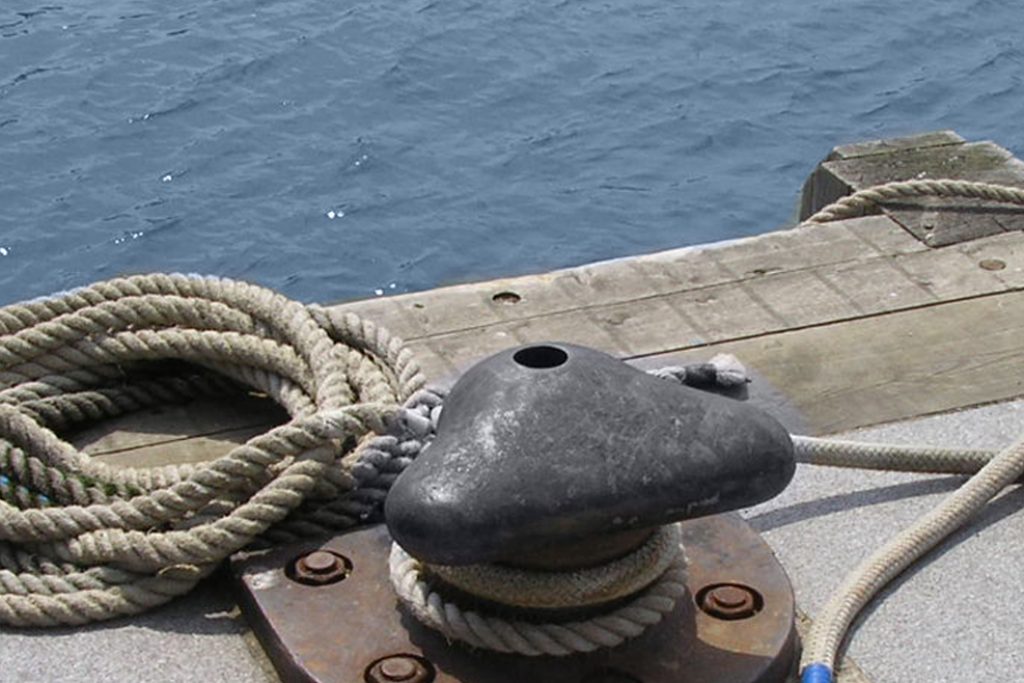 Click the PDF link below to view the latest edition of The Tiwi newsletter. The Tiwi 2019 42 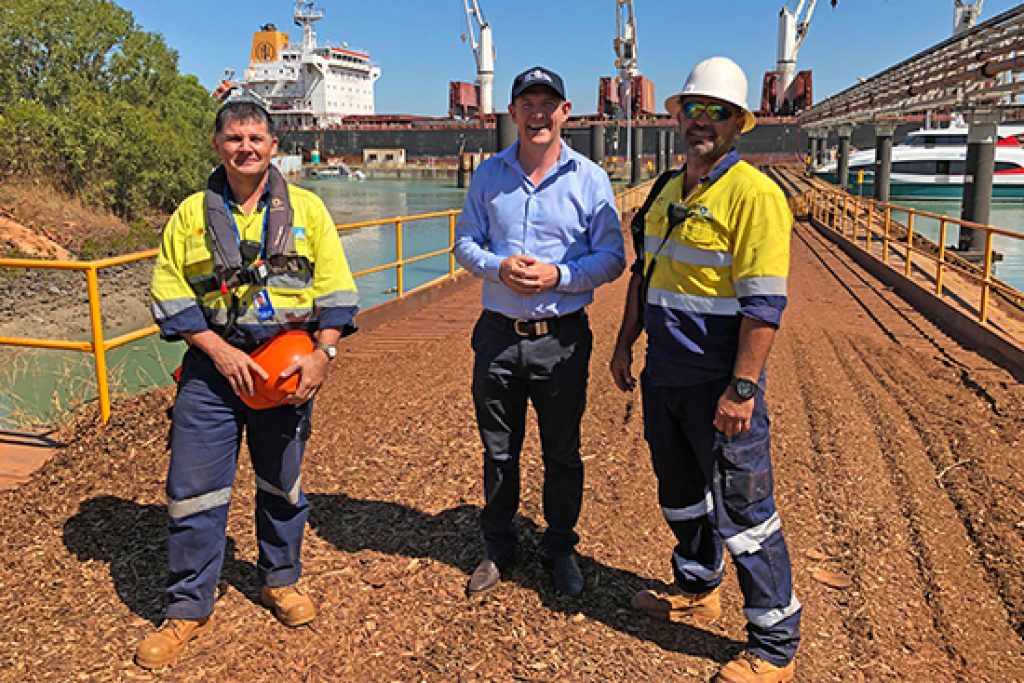 On Monday 24 June, NT Port and Marine hosted a visit from the Hon. Michael Gunner MLA, Chief Minister of the Northern Territory, and various members of the Northern Territory government. In a first for the Port, the party arrived and departed via the SeaLink ferry ‘Tiwi Mantawi’ which berthed at the approach pontoon due to the high operational tempo of the Port. The group visited Port Melville, where the ‘MV Manzanillo’ was in the […] 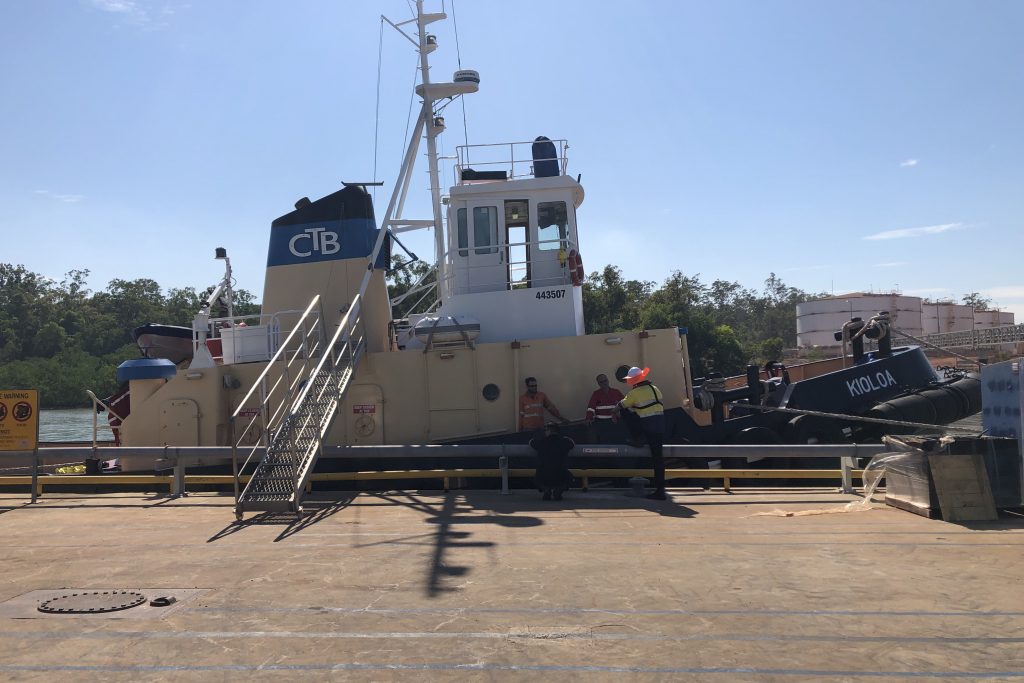 On Friday 7 June Port Melville’s newly established towage capability was declared operational following two days of Port and surrounding waters familiarisation by the vessel crews. The tugs, MT Kioloa and MT Capel, are owned and operated by Coastal Tug & Barge (CTB) under an agreement with NTPM to provide in-situ towage services for the Port. The vessels are home ported at Melville and available to service clients 24/7 with appropriate notice. MT Kioloa at […]

Click the PDF link below to view the latest edition of The Tiwi newsletter. The Tiwi 2019 – February / March 2019 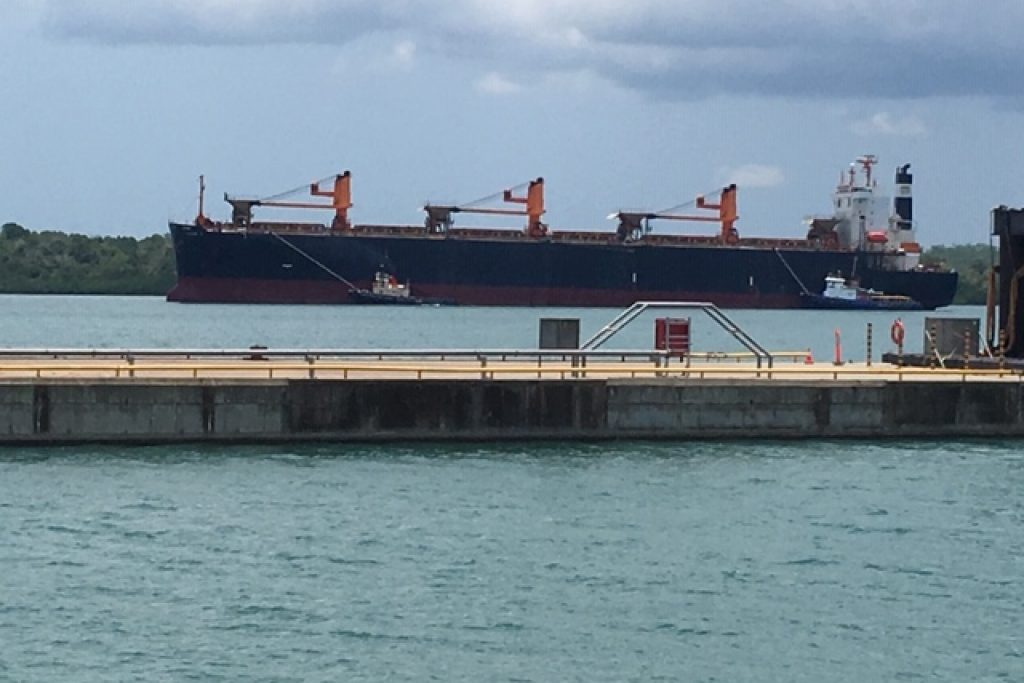 The MV Alizay 2 was berthed at Port Melville from 20 – 26 October 2018. It loaded approximately 35,000 tonnes of woodchips for export and was shipment #14. The vessels pictured alognside the MV Alizay 2 are global marine tugs Global Yorktown and La Trobe, bringing it in to berth. 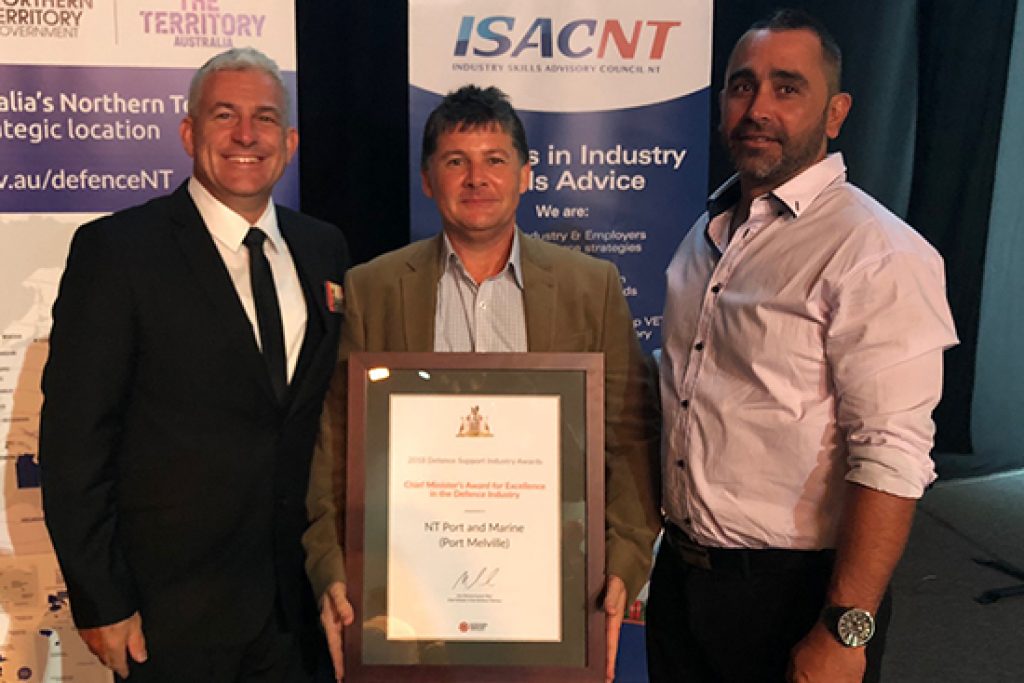 AusGroup’s port and fuel supply business, NT Port and Marine has been honoured with the Chief Minister’s Award for Excellence in the Defence Industry at the 2018 Defence Support Industry Awards. Presented at the gala dinner on 10 October, the award was received by Executive General Manager Nathan Pike at the Darwin Convention Centre and was a huge achievement for business. Also in attendance was NT Port and Marine Business Manager Jon Betjeman, Port Manager […]